It has already been a few weeks, but I really did not want you to miss out on this highly worthwhile Nature excursion down the beautiful canal to the South. Having been completely exhausted from a five days early bird rotation and being completely wrongly dressed on this rather windy and rainy afternoon, it was our First Officer who had proposed this little exercise trip through the romantic UNESCO World Heritage Site landscape. 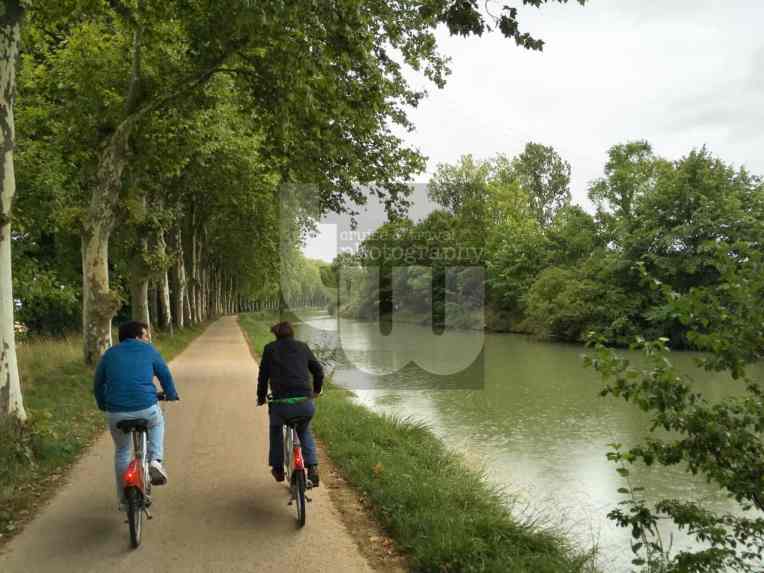 The canal had been built during the 17th century  and connects together with the Garonne River and two other canals the Atlantic Ocean with the Mediterranean, making it a highly popular traffic route for relaxing house boats vacations. 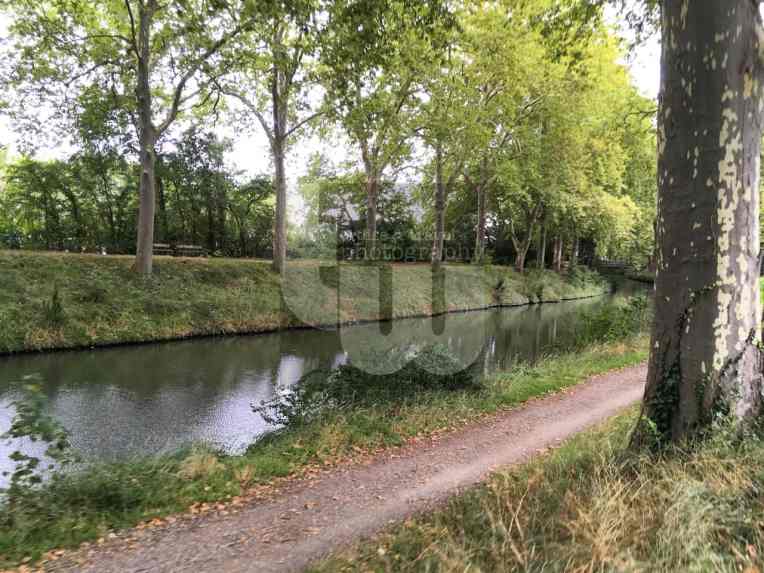 It is a truly beautiful natural reserve with ancient trees lining at the canal´s historic shores. No wonder that the country had declared it as one of the Grand Sites of France.

While struggling against the fierce headwinds and the permanent drizzle may have reduced my feeling of well-being during the 45 minutes trip down to the Castanet lock, the wonderful Café au lait and superb sweets and cakes at the L´Ecluse de Castanet cafe made absolutely up for it. Despite the saucy service that one would call typically French attitude once the orders were made in English rather than French.

A little while later, I found myself on the road again. Fighting one more time against wind and weather. But once we had reached the hotel, me being cold and wet, I still had to admit to myself that this bike trip had formed the perfect ending to this last overnight on the tour. And I am very much looking forward to fly with Valentin again and to cycle somewhere else the next time.

Or to do this trip again in sunshine.